First, a quick tour of the features of this fan. At the bottom are the buttons to set the fan speed, a dial to adjust the pitch of the fan, and then the pin on top to make the fan move back and forth. Let's start at the bottom and go through this in detail now. Four buttons, three speeds, and then the white one turns off the fan. Each time you press down a button, the previous ones are released. The white button turns the fan off. It also doesn't stay down like the other buttons do. Each button has a spring underneath that wants to push the button back up. Inside is a metal plate with a few jagged cuts going down. This metal plate is being pushed to the right by this spring. By pushing down a button, the plate slides to the left. Push down far enough and it clicks into place preventing the button from coming back up. Press down another button and the plate slides enough to release the first button. The sole reason for the white button is to release any of the other buttons. 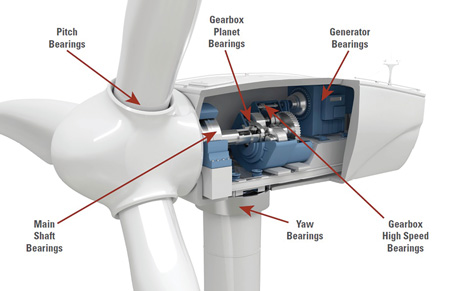 You'll notice that there's no notch to hold the white button down. Releasing the other buttons will then turn off the fan. Coming out the back here is three color-coded wires. Whichever button is pressed will send a signal up the wire to the top of the fan and into the motor to start the fan spinning at whatever speed we choose. At first, the fan will only be pointed in one direction. If we want cool off more of the room, then press the pin and the fan starts oscillating, or, in other words, moving back and forth. We already have and electric motor and you don't want add another one.